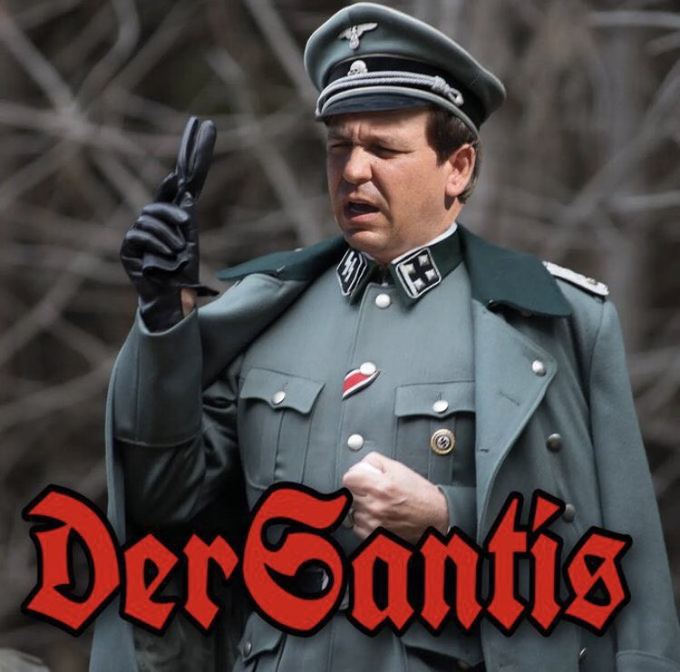 ANALYSIS: All it takes is a little urgency and an erstwhile attention to the rule of law to REALLLLLLY get under the skin of the radical left. Trending right now on Twitter? #desatan. And why? Florida Governor Ron DeSantis suspended Hillsborough County State Attorney Andrew Warren. Warren freed 67 BLM rioters – saying their actions did not warrant charges. Well, the group of BLM activists had actually attacked police vehicles and shoved police officers back in their cars so they couldn’t get out among other atrocious things. Warren is a woke prosecutor who actually charged a pastor on a battle over whether the charge could remain open through the pandemic – but refused to charge the rioters. Florida has a law prohibiting sex change operations for minors. Warren declined to enforce that law. Florida has laws on preserving a right to life. Warren also said he would not enforce those laws. And for this DeSatan? There is a new American experiment underway. Its not whether a Republic could be formed. But one of whether it can be “Kept” as Ben Franklin described. DeSantis said in suspending Warren, “when you make yourself above the law, you have violated your duty.” 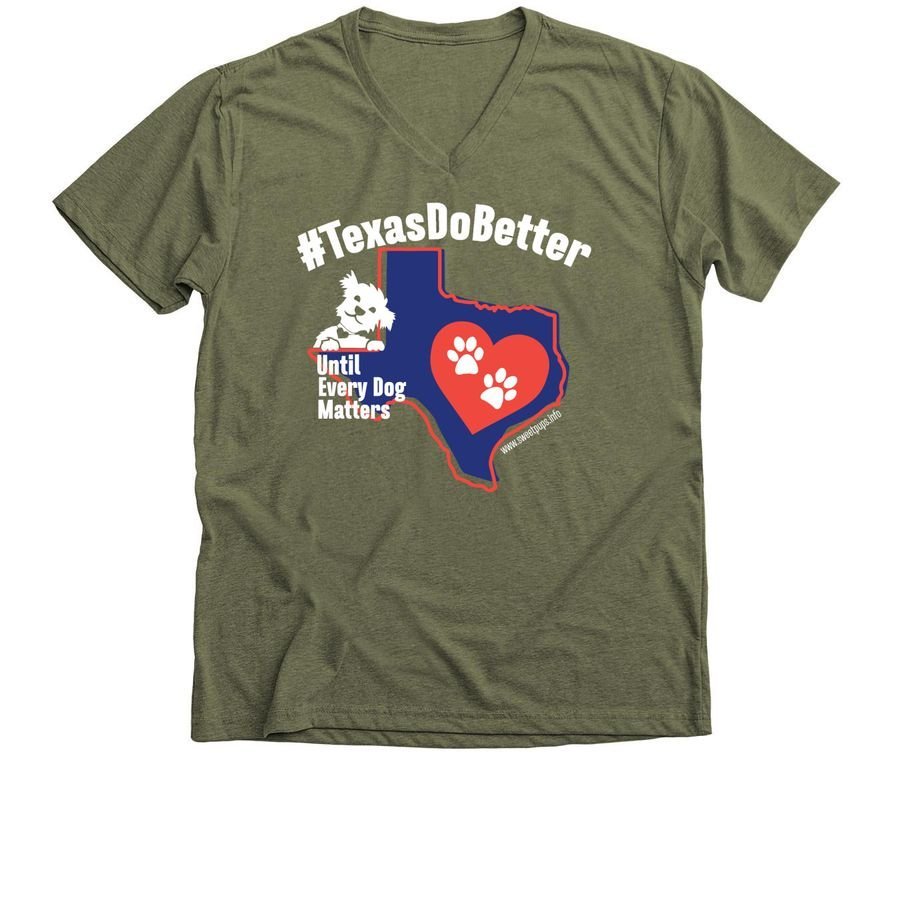 EVERY DOG MATTERS AND YOU CAN SUPPORT DOGS by supporting one of many area sanctuaries, animal shelters and centers. Like SweetPups Nation Rescue and Sanctuary Helping Paws in Chambers County City of Jasper TX Animal Shelter Buffalo Underdogs Rescue and more by donating or being a sponor at Amazonsmile. You can get one of these shirts with your contribution. 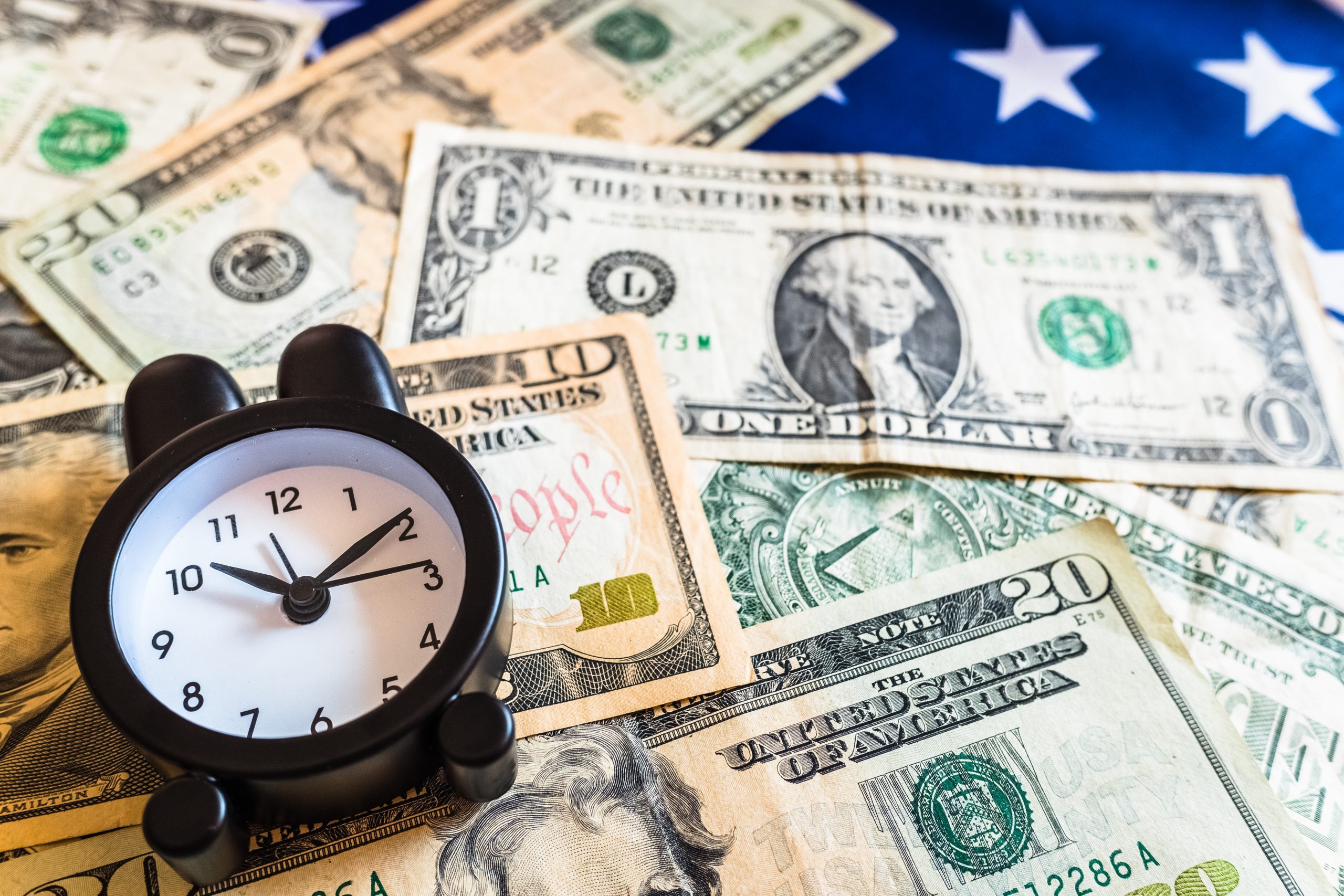 There’s lots of disinformation coming from the administration on the state of our economy. Here’s a quick refresher on the facts about a recession.

What is a recession?

A recession is a protracted period of retraction in the size of the economy.

What the nation produces as a whole- goods and services- has a cumulative value called the Gross Domestic Product (GDP). Typically, GDP grows for a number of reasons: population growth, increased value of goods, a greater number of goods being produced, and finally- the bad one- inflation. (GDP net of inflation is sometimes a better real-world statistic, because that’s the true change in value. Inflation kills value, as you may have noticed recently.)

Sometimes, the economy contracts rather than expands, which is also referred to as “negative growth”- an economist’s word for “shrink”. We call this a recession. The definition of a recession is deliberately vague, but for the purpose of being broader in its scope- not more restrictive, as the administration is trying to spin things.

Two straight quarters of negative growth in the GDP (in this case Q1 & Q2 2022) always are considered a recession. In other words, this is a recession by definition. That’s because GDP has shrunk for over the last six months inclusively, and that’s what we’re experiencing right now.

The reason there’s some wiggle room in the definition of a recession is because there’s some other situations that are also classified as a recession. For instance, what happens if you have two non–consecutive quarters of negative growth? Take the following situation: Q1: -1.1%, Q2: +0.2%, Q3: -1.9%. An economist would likely consider this to be a recession as well; despite the Q2 numbers breaking up the contracting quarters, on the aggregate the economy is shrinking over a three-quarter span. The Q2 figure is nothing more than a glitch in a clear downward trend.

Who determines if we’re in a recession?

Clearly, there are political reasons to want to avoid a recession in any year, and particularly right before an election. That’s why economists take a broad definition; it prevents governments from “adjusting” the numbers to avoid the classic definition of a recession.

Yes, a government agency (the National Bureau of Economic Research) “declares” a recession, but that has little to no practical impact on matters. The NBER essentially shelters the administration from having to say “we’re in a recession” by delaying the inevitable, obvious announcement until some point in the future. By this time, often many months after the fact, the economic cycle may have already begun its upturn, rendering “official” announcements meaningless.

The Biden administration therefore is misrepresenting the facts regarding the “vagueness” of what constitutes a recession. Again, the definition includes additional situations beyond those of “two consecutive quarters of negative growth”. The definition does not exclude the base model.

It’s the consumer who really tells everyone that we’re in a recession. Low consumer confidence means we don’t spend as much. Businesses drop the supply of their goods and services to meet the decreased demand. 120 million households in the United States are the true authority here, not the federal government.

Is unemployment too low for us to be in recession?

So what about the argument the Biden administration makes about unemployment being “too low” for a recession?

The simple truth is that the unemployment figure is not a criterion of a recession. Change in unemployment is a lagging indicator, but not part of the definition. In other words, Biden is seeking to define a recession by its effect, not its cause.

It’s true that unemployment will rise as a result of a recession. Layoffs are a natural outcome of a shrinking economy, and you will see an uptick in those numbers. However, an unemployment rate of under 4% doesn’t preclude a recession- it will just be the starting place for how we judge job loss from the recession several months from now. Given the current rate of 3.6%, an unemployment rate this winter of 4.5% could well be the result of a recession; even though many past administrations would have celebrated a rate below 5%. It’s about the change in the rate, not the rate itself.

Also, the current unemployment rate being under 4% is somewhat misleading by itself. Actual workforce participation rates are roughly a point lower under Biden, compared to the pre-COVID Trump era (Q4 of 2019). There’s about 100,000 more unemployed people now than before, despite the comparable unemployment rates. So while unemployment has fallen from its highs during the COVID lockdown period (obviously), the raw unemployment data is still slightly higher than the Trump era. The job situation is softer than is being portrayed right now, and will begin to deteriorate once businesses scale back operations in reaction to more conservative consumer spending habits.

In summary, the release of Q2 data this week means in fact the US is in a recession. Businesses will react to the news by hiring fewer people as consumer confidence continues to wane. Simply rewriting the criteria for a recession will not change the economic realities this administration will own heading into the mid-term elections.

Note: All economic data retrieved from the Bureau of Labor Statistics. 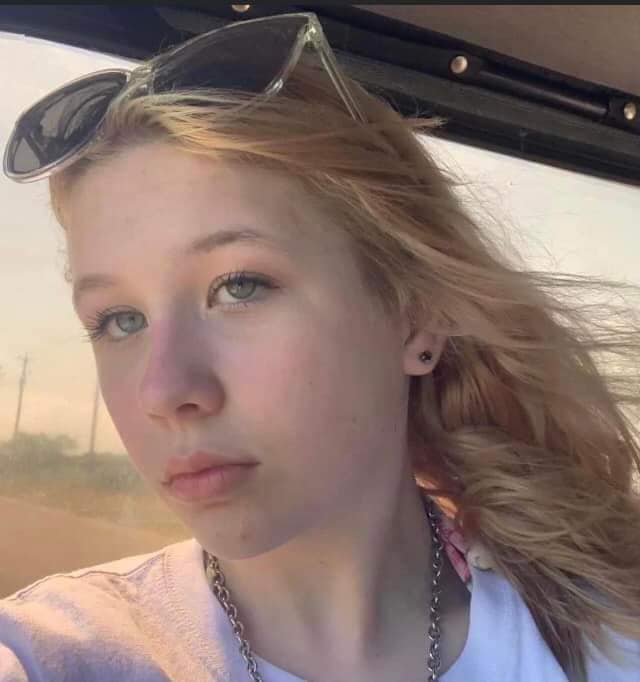 Jadyn Maxey is missing. BREAKING NEWS | MISSING 15 YEAR OLD OUT OF THE HOUSTON AREA (CYPRESS) and YOU may have the key sighting that could save her. Maxey was last seen on the 23rd on E. Cypress Hill Circle. She may be with a male in the San Antonio area but we are in such proximity that you may want to keep an eye out here as well… 15 year old Jadeyn may be in some danger. Call 713-222-8477 if you have any information… Please share? 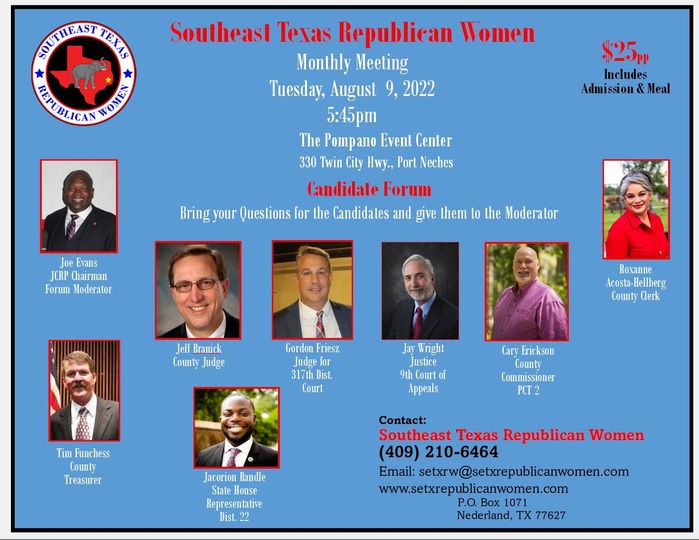 Several major candidates will be discussing their leadership plans as they get closer to Election Day. We will have much more on this later but please mark your calendars NOW! 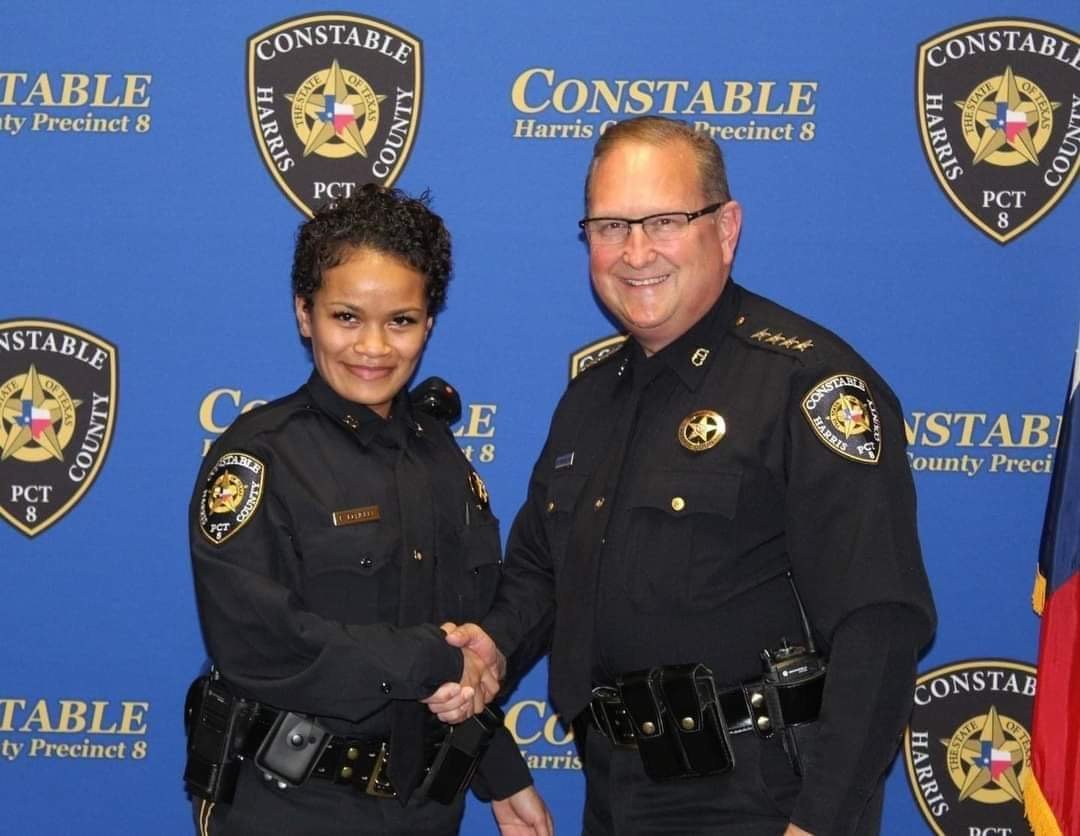 Harris County deputy is lucky to be alive and wouldn’t be apart from the help of a tow truck driver who was in the right place at the right time!

Hurricane Ida seems to have offered lessons. Be ready for up to three weeks of power outages if a new storm rolls in this year. https://www.nola.com/news/article_95f17024-0c66-11ed-a73d-dbc4ea326b63.html

TONIGHT’S COLLISION INVOLVING A MAN on a 4-wheeler and a train occurred at the 11800 block US Hwy 90 west of Beaumont. The man has been transported for urgent medical care. This happened just west of the Beaumont Municipal Airport. Acadian Ambulance personnel have treated the four wheeler driver at the scene. The extent of his injuries is unclear at this time. It happened near Iron Horse Terminal.