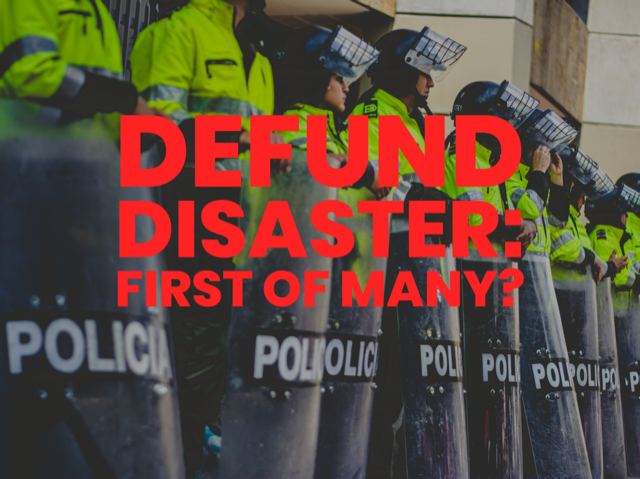 Some people said it would be a disaster.

It was a disaster.

5 months ago the Minneapolis City Council decided to “re-imagine” policing in the city. The hideous death of George Floyd had been re-played hundreds of times before an enraged and demoralized American populace. People wanted a scapegoat. The Council used words like “abolish” the police department, although the term would later be shunned.

Still, tens of millions were pulled from the Minneapolis police agency and it didn’t end there. Dozens of other cities followed suit – including Los Angeles and New York City.

The police department would lean more heavily on the practical equivalent of more social workers who would defuse violence and effect social change for the better.

Like most matters “liberal” it was an ethereal promise about humanity – that would prove to be illusory.

One thing we know for sure already! Minneapolis has not become better for it. And in fact has begun to crumble from within.

The same council people who were the most vocal are now refraining from comment.

A KARE-TV (Minneapolis) poll in August showed 75% of Minneapolis-area residents were supportive of restructuring funding to the police department. It SOUNDED like a good idea.

But Minneapolis has now recorded one of its bloodiest years in a long time. In fact, a 5 year high in violent crimes year-t0-date. More than 4,700. Shootings have doubled from last year. And the homicide rate is up 87% year-to-date.

Suddenly the utopian view has lost some of its shimmer.

But some are now openly saying that (like most things “liberal”) the expected outcomes may have been more theoretical than at first thought.

Welcome to liberal America. Taken as a whole, the shortcomings of “De-funding” the police may one day pale in comparison with the idealist reforms of the “Green New Deal” and “Medicare For All.” Sometimes great new ideas (who wouldn’t love their health care covered from birth if it could actually be practical) JUST DON’T WORK!