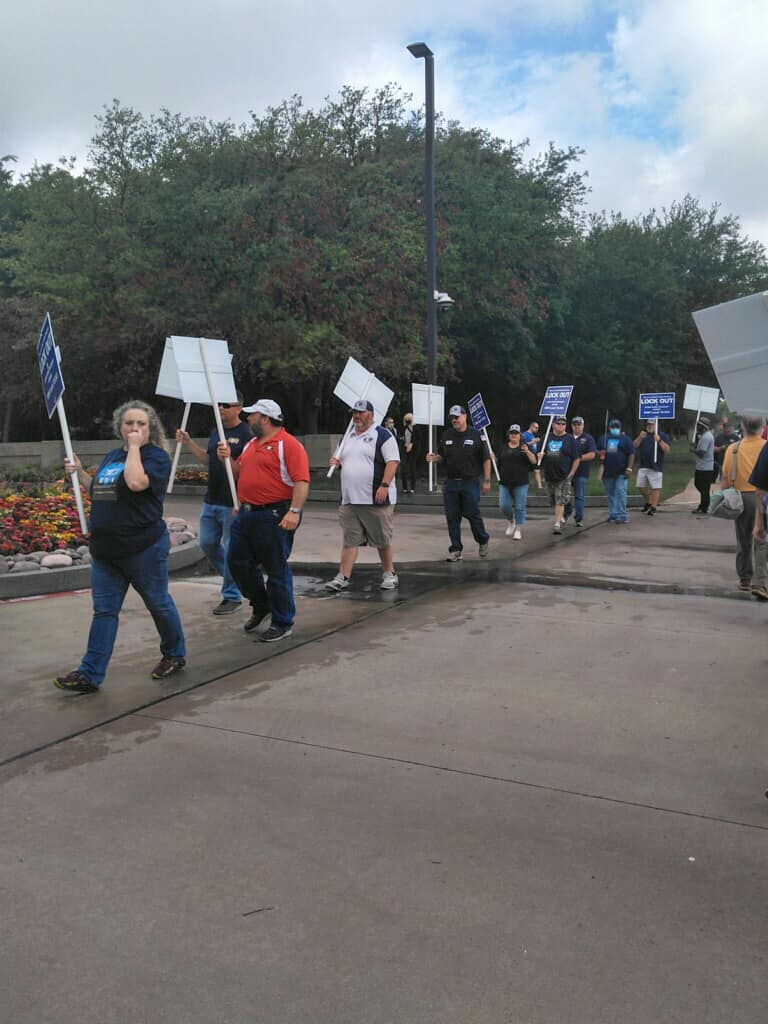 “On Thursday, June 5, 2021, at around 4:05 am, I was hit by a truck while picketing at the Gate 12 exit.  The NLRA (National Labor Relations Act) provides protections and rules for picketing. I was in the designated area for picketing between the edge of the road and a yellow line the company has painted on their drive.

I was not in the road.

I was slowly walking and therefore not blocking traffic. I was also by myself, and the driver could have easily crossed the picket line as soon as I had moved to the far side of the drive. Instead, the drive decided to pull up right up on me and then when I was not fully clear of his vehicle, he decided to gun his truck and struck me.

Although I was not injured, this incident could have been potentially fatal.

The driver, after striking me instead of checking on his victim to see if I was OK, turned around and headed back into the refinery. An action meant to keep me from getting any information from him as crossing the yellow line would mean that I was trespassing on company property. It was only later that I found out that the driver was Jeff Smith from Silsbee, an FLS (First Line Supervisor) with the company.

I still have not heard from him or a representative from the company regarding this incident. For a company that is always preaching safety inside and outside the workplace using a system called LPS, they are turning a blind eye to what is happening at the picket line as there have been many near losses and it is only a matter of time before someone is seriously injured. Many drivers are running stop signs, trying to go through the picket line as fast as possible, and recklessly driving as they enter and exit the facility.

It is obvious that the company is telling its personnel that they should have no regard for the USW or its picketers.”