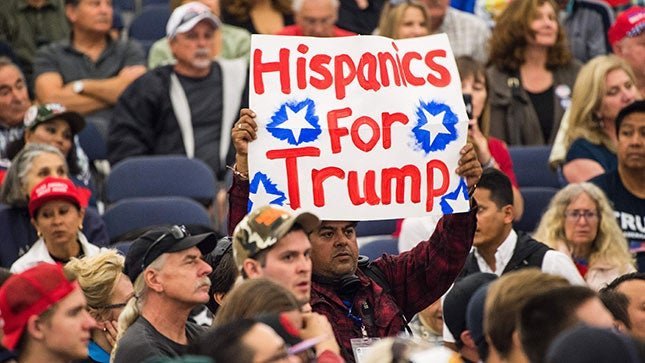 REAL CHANGE. Every political scientist is always searching for it, and rarely finding a nugget of truth as convincing as what we learned from the stats post Election Day.

Whatever the rest of the cycle will produce, we now know this much.

Hispanics turned to President Trump and-or the conservative cause in record-smashing numbers.

In Texas alone, we saw a seismic change. As a reporter who lived in and covered Rio Grande Valley politics for years – I’m astounded.

In my experience living in Harlingen and McAllen, the response of many Hispanics to conservative causes was never more than a polite, “no, thank you.” I covered many a pachanga for KGBT-TV and noticed a yellow-dog mentality that was always kind – but never subject to persuasion.

Tuesday, President Trump came within 5 points of beating Biden in the deep blue Starr County. And Trump actually beat Biden by 5 percentage points in neighboring Zapata County. There are only a few more “snowbirds” (nomadic winter dwellers from up north) in Zapata County.

It seems to imply Hispanics are not as reflexively Democratic as once thought. And the swing may be ON!

George W. Bush won 40% of the Texas Hispanic vote as Governor but until now we haven’t seen a non-Texan win that kind substantial support.

In Florida, Trump’s support went up 11% from his support 4 years ago.

GOP Strategist Karl Rove says early numbers indicate a third of U.S. Hispanics voted for Trump. (And by the way Trump’s support among blacks went up to 12%.)

Port Arthur’s Armando Ruiz, a charter member of the Conservative Hispanic Assembly of Jefferson County, told us he’s been waiting for this to happen.

“Those numbers don’t surprise me at all. In Texas alone he (Trump) took over 40% of the Hispanic vote. Once you get past what the media says, and actually look at his policies, you can see why Hispanics (who are entrepreneurs, want a stronger economy and growth) see policies we can embrace. And then on top of that, we saw the lowest Black and Hispanic unemployment rate before COVID. And how he handled the stock market crash – it’s a no brainer.”

Daniel Garza of The LIBRE Initiative is quoted as saying, “I think Latinos understand Trump can be coarse sometimes and can be uncouth, but then they take a look at his policies that a lot of Latinos embrace — pro-growth, entrepreneurial — these are all policies Latinos can embrace.”

Does the shift continue? It looks like it should to political observers.

And that can be traced to an asterisk found in NBC News exit polling. NBC reported that 48 percent of Latinos who voted for Trump in Florida are neither Cuban American nor Puerto Rican. Those demographic groups vote more heavily for conservatives historically.

No, this shift looks more aligned with Central American immigrants. And it’s a shift that could be far more sustainable and linked with the family values of Hispanics.