Home » Blog » IN HIS OWN WORDS: TRUMP PLEDGES MORE PROSPERITY 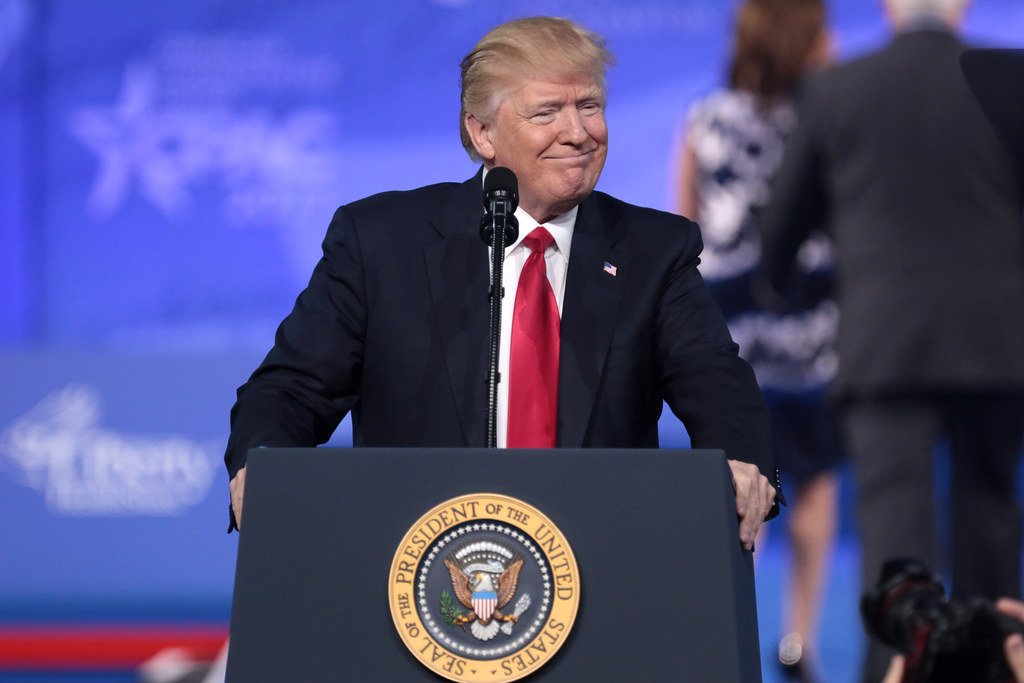 Four years ago, Americans elected me president to go to Washington, drain the swamp, and produce real results for them. Now they have a choice: continue the record of prosperity that my administration delivered or return to the old Washington status quo, where Beltway insiders enriched themselves at the expense of hardworking Americans across the country.

My administration has delivered safety, prosperity, and opportunity for all Americans by keeping our promises and implementing an America First agenda to support working people and their families over the past four years.

The American people deserve so much more than what the Democratic ticket has to offer in this election. After enduring eight disastrous years of the Obama-Biden mess, the nation deserves to enjoy eight full years of growth and economic prosperity under my administration.

In my first three years in office, our country added more than 7 million new jobs, including more than 500,000 in the manufacturing sector. Throughout that time, nearly 6.6 million Americans were lifted out of poverty, including nearly 2.8 million children. 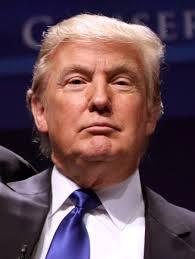 As a direct result of the middle-class tax cuts that I signed into law just months into my first year in office, the average American family of four saved $2,000. I also eliminated former President Barack Obama’s health care tax — the individual mandate provision of ObamaCare — in a move that provided millions of American households with additional relief.

My administration’s policies put America in a position to recover quickly from the unforeseen and unprecedented pandemic from China. Despite the challenges presented by the China virus, we did all we could to help see hardworking Americans through these difficult times.

As a result of our efforts and the tremendous momentum of the pre-pandemic economy, we’re witnessing the fastest labor market recovery from an economic crisis in history. The American economy grew at an annualized rate of 33.1 percent in the third quarter, another example of the economy beating expectations under my leadership. This is a new record for quarterly economic growth and is nearly double the previous record set 70 years ago.

In total, our economy has now added back 11.4 million jobs over the last five months, and the unemployment rate has nearly been cut in half to 7.9 percent.

The largest threat to our great American comeback is a Joe Biden presidency. Biden is running on a platform that would destroy all our economic progress. Biden has already failed at leading an economic recovery once when he presided over the slowest economic recovery since the Great Depression when he was vice president.

Now he’s campaigning on a $4 trillion tax hike — one of the largest in American history — just as the economy begins to recover from a global pandemic.

To add to Biden’s radical plans, he’s also refusing to rule out shutting down the economy again, which would inflict massive economic pain and long-lasting damage on society and public health as a whole. 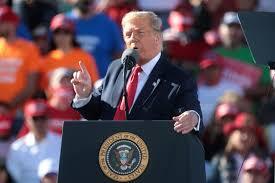 Joe Biden has openly pledged to eliminate my tax cuts for middle-income Americans, implement radical environmental regulations that would bring our domestic energy revolution to an abrupt halt, and bring back Obama’s disastrous health care calamity.

Biden’s scare tactics extend to America’s seniors with false claims about my record on Social Security — lies that have been debunked many times. Biden points the finger, but he is the one who has advocated for cutting Social Security while I have always promised to protect it.

When it comes to trade, Biden’s unhealthy obsession with promoting China’s interests is a promise to abandon our America First trade strategy that has helped safeguard millions of new U.S. jobs and our incredible intellectual property.

Biden also issued a clear threat during the final presidential debate to over 10.3 million Americans with his pledge to eliminate the oil and natural gas industries.

This country has seen politicians like Biden before. He will surrender U.S. jobs to foreign countries, surrender our future to the virus, and surrender our country to the radical, socialist left.

America has already had to endure Biden’s leadership once before, and it can’t afford to do it again.

As president, I pledge to safeguard the progress my administration has made over the past four years and build on our historic success for as long as I am in the White House. I will continue doing everything in my power to ensure that this great country prospers like never before.

As long as I am in office, America will bounce back bigger and better than ever before. A vote for me is a vote for jobs, safety, rule of law, lower taxes, protection of your Second Amendment, and freedom. Together, we have made America powerful again. We have made America wealthy again. And we will make America great again.

Americans deserve nothing less for the next four years.