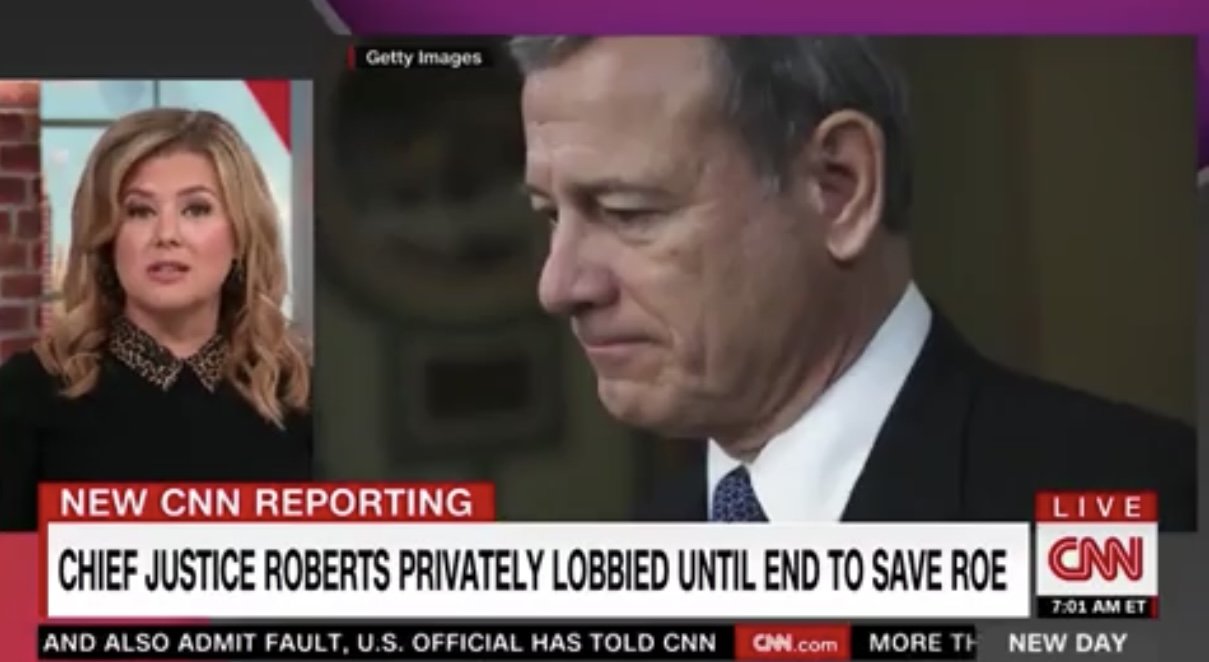 Chief Justice John Roberts was on the side of leaving Roe alone according to multiple sources. CNN is reporting that Roberts lobbied at least every week for several weeks to sway Justice Brett Kavanaugh to reverse his views. Once the memo was leaked, the whole effort to save Roe was lost according to those sources.

The high court only accepted the case to determine the constitutionality of the Mississippi law banning abortion at 15 weeks according to the sources. Correspondent Joan Biskupic says at the last minute Justice Roberts decided to vote with the majority, 5-4 on the related Dobbs v. Jackson Women’s Health Organization case. It was decided by a 6-3 vote.

Believe it? Or is this a leftist trick?