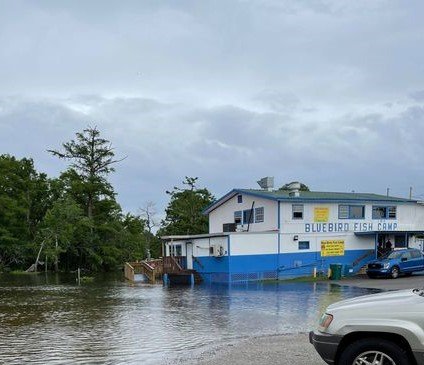 Now, after his SIXTH surgery, she says he is progressing every day, and the family is hopeful he will WALK out of the hospital when he recovers. But, Ashley says, there will be lots of physical therapy ahead.

Mr. LeBlanc is walking with assistance, she says, but, due to one of his many injuries – to his throat – he cannot yet speak, and there are still no leads as to who shot her father.

The family and Orange police are still asking for help in finding the shooter. 65-year-old Oscar LeBlanc was found with several gunshot wounds when officers responded to the 1800 block of Lincoln Drive around 1:15 a.m. on May 13th.

Police are asking for anyone with surveillance footage at their home near Lincoln Drive to check it and look for anything suspicious and call 409.883.1026.

In the meantime, the Sabine River today is rising right up to Bluebirds, as it as done many times before.

Ashley said, other than someone arrested for shooting her father, what the family needs most is prayers.
(Photos of Bluebird’s taken today 5/19 by Aaron Elms) 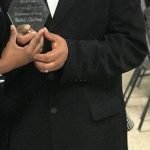 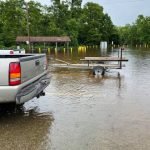 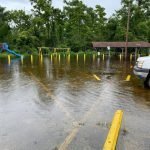 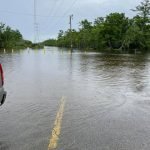