Home » Blog » The Age of Activism 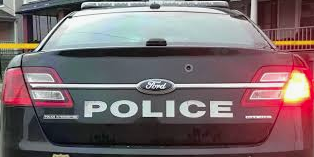 Big news. The Employees can now tell the company how to conduct business.

The next time you have a beef about something that rankles you lemme encourage you to do as the employees of the Ford Motor Company have done.

About 100 employees asked Ford to give some deep thought to whether police officers needed to have cars and SUV’s made by Ford. It’s been an issue for some Ford employees dating to the period shortly after George Floyd was killed in Minneapolis.

Well the result has been that Ford started taking heat from employees who “back the blue” and those who’d prefer to “bite” the blue. Arguments ensued. Employee against Employee. And the public started discovering just how much Ford was giving to the DefundthePolice movement.

Well, turns out the Ford Police Interceptor is among the company’s most popular vehicles and it churns out about two-thirds of the nation’s police vehicles. Now THERE is a dilemma.

For now, it seems as though the company will stay with its big seller, but some employees are still not happy. And Ford CEO Jim Hackett is reportedly still considering the issue.

Here’s something for the company to consider.

If police officers don’t get their vehicles from Ford where will they get them?

And something for the workers to consider. How many of y’all still have your jobs because candidate Donald Trump threatened Ford and other Detroit automakers to NOT export jobs to Mexico as the companies had been considering (or face a 35% traffic on those vehicles coming back) in 2016?