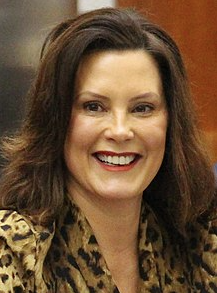 The people of Michigan appear to have spoken loudly enough – for long enough – to galvanize a movement.

And now, the Michigan State Senate is mulling over the creation of a joint committee that COULD suspend the draconian COVID rules in the Wolverine State.

It’s seen as a full broadside on the leadership of Michigan Governor Gretchen Whitmer.

Business owners just got tired of being polite. Families realized anything short of a full legislative assault on her authoritian “rule” would fall on deaf ears.

Concurrent Resolution 36 would pull the Michigan Legislature into action at about the same time as the Texas Legislature convenes.

The Michigan Department of Health and Human Services, under the leadership of Whitmer, issued orders that were so devastating to people and the business community – that Michigan Republicans were forced to act.

The Governor’s Office responded by saying the legislature needed to begin considering, “what the people of our state need.” Whitmer responded that its a government-led stimulus package that needs to get the Legislature’s attention.

And that seems to convey the tone deaf leadership of Whitmer. The people say they want to do it for themselves – not with a government hand-out.

Many observers see it as Whitmer’s most potent challenge to re-election.

Michigan residents got so sick of it that lawmakers started learning on representatives to help. And this week State Rep. Phil Green said, “The Supreme Court has told the governor that she needs to work WITH the Legislature… unfortunately, she has not done that.”

All over the U.S. residents are watching the government response to COVID. President-elect Joe Biden has said he plans to lock down the U.S. economy for his first 100 days as a means of stalling COVID infections. And that means Texas residents will keep a wary eye on the effect of democratic uprisings around the country.