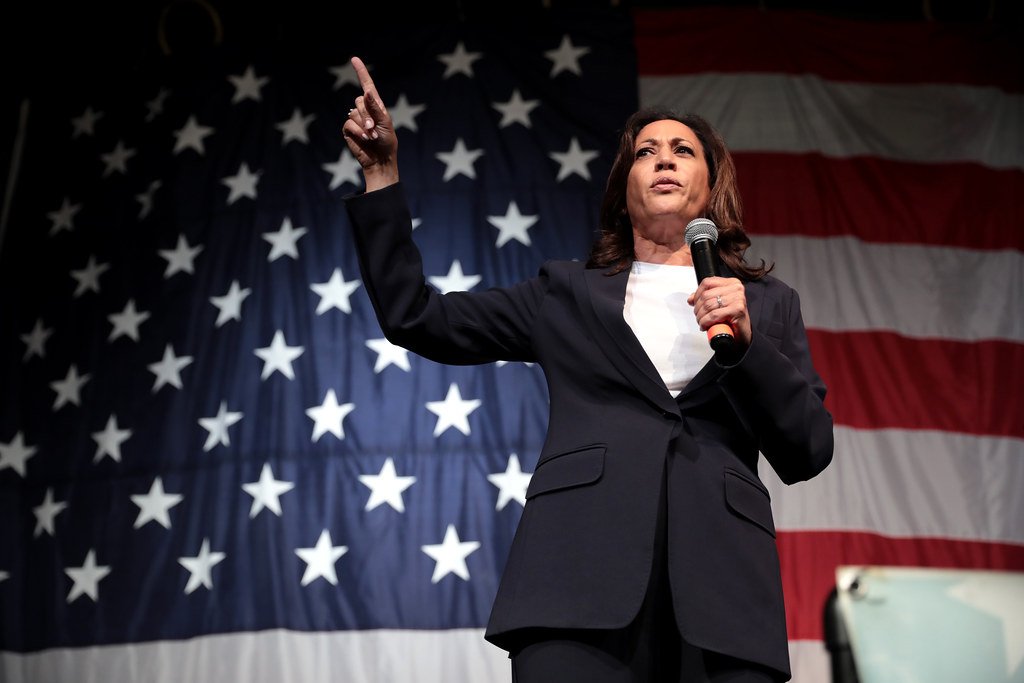 Kamala Harris may seem like the role model for smashing the freedom of speech with her hate speech rhethoric in this election season, but there are larger threats.

Like Richard Stengel for example. If Joe Biden is certified as President, Stengel is likely to head up the Voice of America. The global broadcasting work of the U.S. Government. And that’s a hoot.

VOA was built (yes, I get the irony) in 1976 by President Ford to link the world with a voice of reason, hope, and democracy. Its now producing almost 2 THOUSAND HOURS of TV and radio programming every WEEK all over the planet. Ford believed we needed to broadcast concepts like liberty and justice into far-flung global hotbeds of corruption, crime and despotism like Laos and Haiti and Nicaragua.

Wow! Imagine what Richard Stengel may have to say to the world – in a manner of speaking.

I say that because Stengel was just put on former VP Joe Biden’s transition team last week. And he is particularly suspect.

He said so last year in the Washington Post.

Now, in Stengel’s world “hate speech” would include things that President Trump has said from the Executive microphone. He admitted as much last year.

In Wapo (rhymes with Crapo) Stengel wrote that nations should, “penalize speech that deliberately insults people based on religion, race, ethnicity and sexual orientation.”

We can have the free speech conversation all day – in fact I hope we will. But importantly remember – Stengel may not only lead the transition team but frame America’s voice around THE WORLD!

“Remember, Kazakhs! If Marxist leaders create groups that stand in highways and get run over by motorists there will be NO jokes about the stupidity of their highway protests. That would be HATE!”

We could go on for days.

In May 2018 Stengel was speaking directly about the First Amendment when he told members of the Council on Foreign Relations, “we have to kind of rethink some of those things.”

He’s described his views that the Constitution does NOT protect speech when the speech is FALSE! And specifically referenced speech about the coronavirus pandemic. In other words, if you deny the “establishment thinking” you are being hateful and must be muzzled.

Stengel used the word “fair” when he described the Facebook ethic to impose “community standards” on its users. We know a lot of that has been bologna. Facebook has censored millions of Americans and often when they simply didn’t espouse the “company line.” There’s nothing FAIR about Facebook’s use of “fact-checkers” (who sometimes used to work for CNN.) It amounts to a self-aggrandizing Facebook arbitration of what “facts” are. God alone can determine many of these “facts.” To use an example, we’ve seen that already from the beginning of the pandemic.

Stengel certainly seems radical in his views. His world of “perceived insults” that can send someone to jail or out of business were once the thing of doomsday thinkers. But now its real. And now, in Stengel’s case, it’s global.