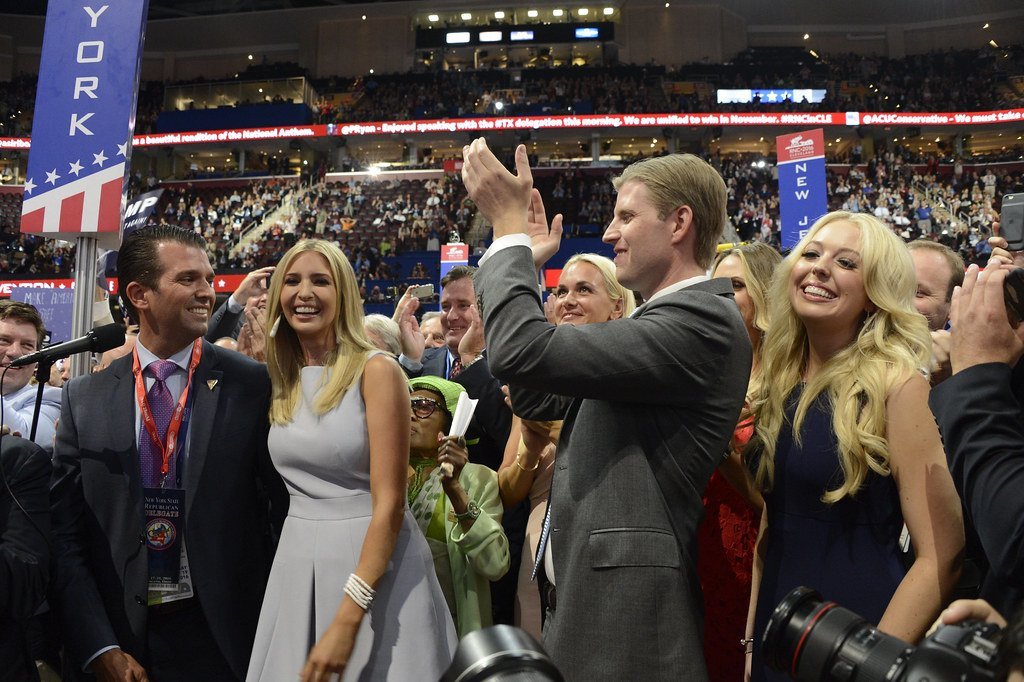 In a recent string of Tweets, Eric Trump and his brother, Don Trump Jr, have let loose with a series of stinging tweets aimed at what they call, the “2024 Hopefuls” for failing to back the US President in his reelection bid.

This is an important point! Everyone should be watching who is actually fighting this flagrant nonsense and who is sitting on the sidelines.

Republicans have been weak for decades which has allowed for the left to do these things.

Let’s end that trend once and for all. https://t.co/peyy9QNuze

Where are Republicans! Have some backbone. Fight against this fraud. Our voters will never forget you if your sheep! https://t.co/jLzOIJbrwV — Eric Trump (@EricTrump) November 5, 2020

The growing criticism of the Trump Family by Republicans like Mitt Romney of Utah and Maryland Governor Harry Logan in recent days chastising Trump for calling out voter fraud has not gone unnoticed by either brother. They have questioned the loyalty of Republicans that have put future political aspirations ahead of defending the reelection of Donald Trump. Donald Trump Jr even hinted that his Dad will be running again in 2024 should he lose.

Losing fair and square is one thing but in the face of all of this video evidence, lack of transparency, boarding up of windows, fighting to prevent poll watching etc etc… for GOPers to not stand up now shows your true colors. Will make the 2024 primary process a lot easier. https://t.co/GNC5OkVvf5 — Donald Trump Jr. (@DonaldJTrumpJr) November 6, 2020